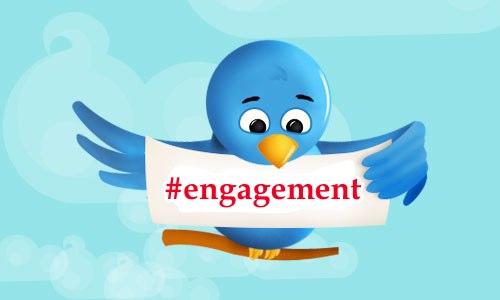 Do understand that viewing content on Twitter is pretty much like trying to drink out of our fire hydrant. There is just so much going on and that’s why Twitter really cannot publish every single tweet of yours on the timelines of your followers because they’re going to run out of space.

Those people are also following other accounts, and there’s just so much content to present.

Accordingly, Twitter uses an algorithm that pays attention to how much engagement a particular tweet gets and uses this to prioritize content that appears on your followers timeline.

Make things easier on yourself by tweeting in such a way that would maximize your engagement. Let each and every one of your tweet become an engagement magnet. This sounds too good to be true, but it actually works. If you stuck to certain practices with every single tweet, you maximize the chances that your tweets get quite a high level of engagement. This then broadens their reach on Twitter, which increases their engagement level, which opens even more engagement opportunities.

Tweeting to maximize engagement can easily lead to an upward spiral of engagement or your tweets can just stick to your timeline without doing much of anything. It really is your choice. It all boils down to how you craft your tweets.

This company has been bought by Pixel Voyage,
please Visit Pixel Voyage for all Marketing services.
Thank you!